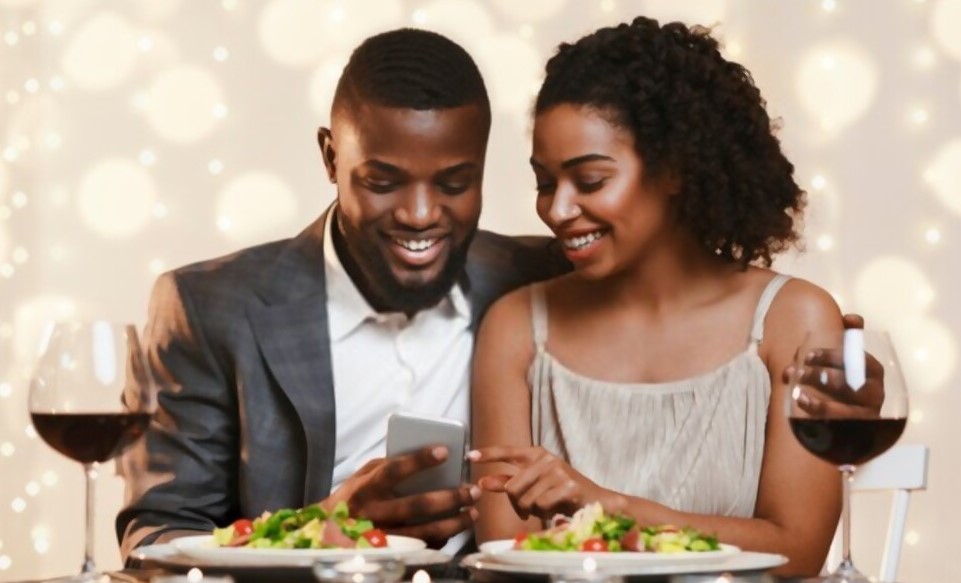 How Reapgoal helps our love life – Winifred and Kola

Winifred and Kola have been in love since University, but didn’t go on many dates back then. Of course, with little or no money as students, the few dates they could afford was at a restaurant where they had only meat pie and soft drinks. Fast forward to when they started working a few years ago, they still had limited dates because of other personal obligations.

Now in their fifth year as lovers, of course with more resources at their disposal, they have devised creative ways to hang out more, without spending too much:

Although Kola claims he could be spontaneous sometimes, they both decide when they are going out and where they are going. They also have to agree on how often they will go out, based on their monthly budget of N30,000 – N50,000 for dates. Not only does this habit help them keep their love going without slacking off on other responsibilities, it helps each of them even in their personal spending.

2. They attend functions together:

Since they have a lot of mutual friends, they take advantage of each other’s party invitation as much as they can. This affords them more opportunities to spend time together, as well as reconnect with old friends and colleagues. For them however, these events are like another date, of course, with the food and drinks already paid for.

3. They save towards their dates using Reapgoal:

They are so deliberate about their love life that they have a special savings plan for it. Last year, they both opened a separate Reapgoal. The plan allows them to set a target for each month, earning 12% on their savings. Winifred claims she finds it particularly convenient to top up the plan anytime before it matures.

According to them, they have a number of other things, but these are their top three ways of keeping things going. The couple is one of the many users who have beautiful stories to share on how Reapgoal, like other plans helps them to sustain the things that matter to them.